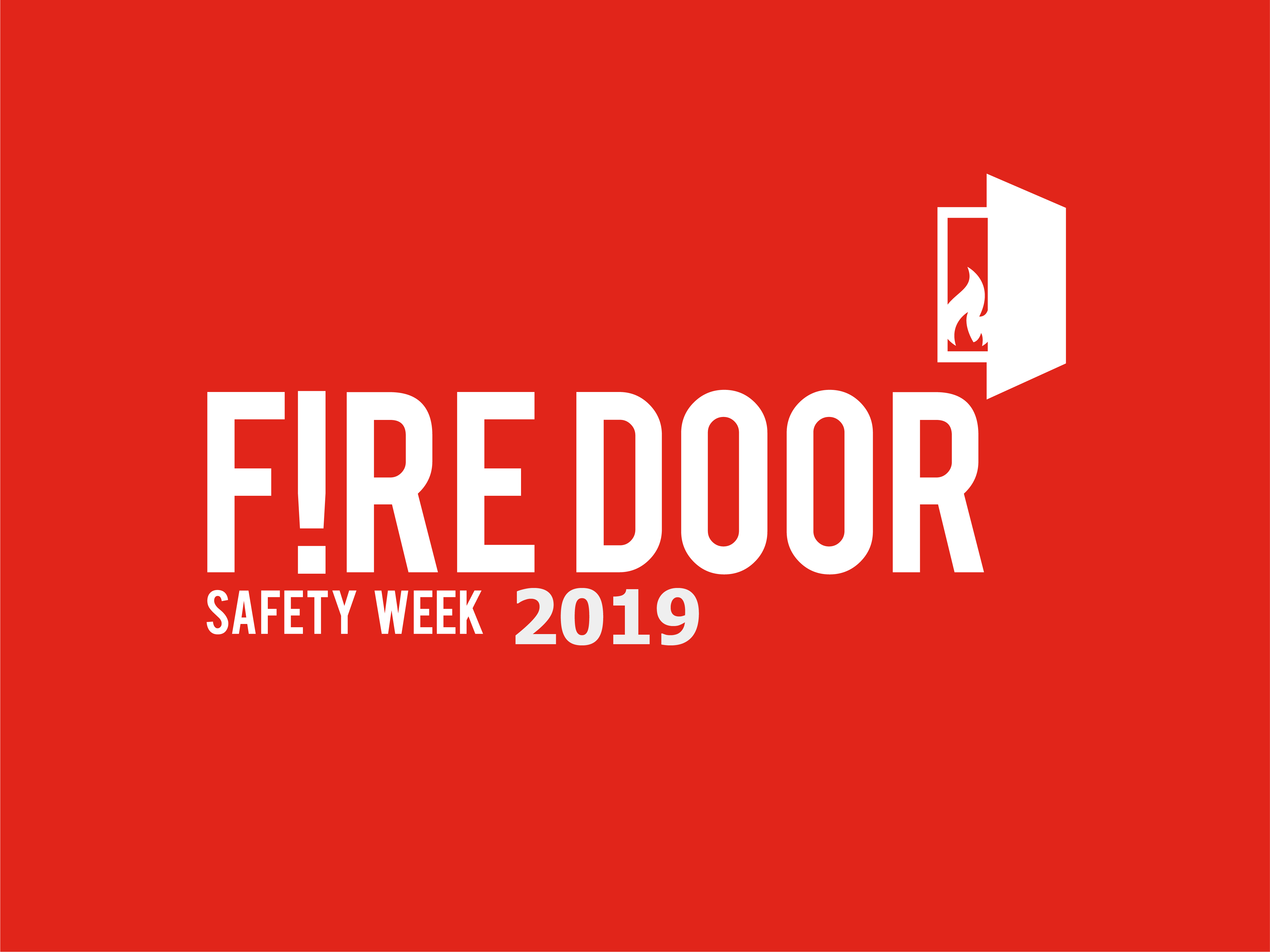 Fire Door Safety Week 2019 took place between 23rd to 29th September.
The campaign focused on the life-saving role that fire doors play in protecting us while we sleep, particularly in specialised housing such as care homes, children’s homes and sheltered housing as well as houses in multiple occupation and communal properties.
Imagine your exasperation if you live in a block of flats and repeatedly raise fire safety concerns with the only people who can do something about it, only for absolutely nothing to change. Your life, your belongings, your family – all at risk because nobody is listening or taking action.

Since the Grenfell atrocity, there has been much debate about how to improve fire safety measures, especially when it comes to replacing faulty fire doors.

Through an investigative journalism article by Inside Housing, looking specifically at social housing, among the 44 councils that have identified non-compliant or potentially non-compliant doors since March 2018, half are yet to replace a single door. When people go to bed – a place where they should feel most safe – they are vulnerable.

This isn’t just restricted to multi-storey flats, but all buildings where residents rely on others to ensure their safety.

With lives knowingly at risk, the Fire Door Safety Week 2019 film demonstrates how it must feel to be so powerless, so utterly incapable of being able to do anything about your own safety.

Care homes, where some of the most vulnerable people in society live, are believed to be at alarming risk of a fire, with three in five care home workers admitting to serious concerns according to new research released to support the 2019 Fire Door Safety Week campaign.

The study, which was conducted among 1,000 current and former care home employees, found that three quarters believe that more could be done to prevent or manage a fire, with three in five workers having reported fire safety concerns – but half (51%) say that unsatisfactory action was taken as a result.

There is also a worrying lack of clarity among care home workers around one of the key lines of defence in the event of a fire: fire doors. Nearly half (47%) said they did not understand the role a fire door plays in keeping a fire contained for a specified time, while over eight in ten (82%) admitted to deliberately keeping a fire door open – defeating its purpose.

Learn more about the 2019 campaign research and view the infographic here.
,