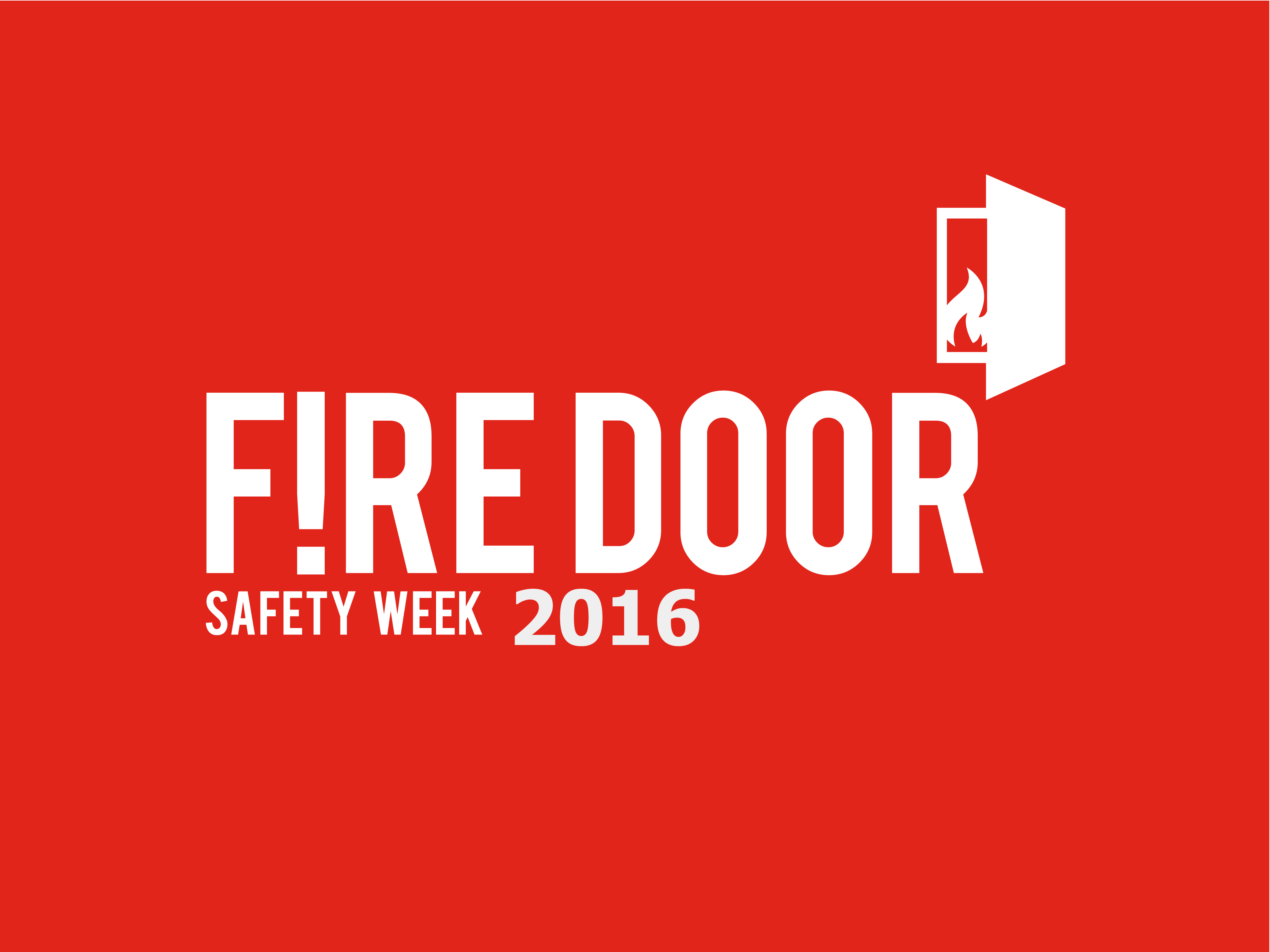 Early evaluation the 2016 Fire Door Safety Week campaign indicates the initiative was the most successful to date, with supporters up by more than a third on 2015 and almost 300% higher than when the campaign first began in 2013.

The campaign is organised by the British Woodworking Federation and the BWF-Certifire Scheme* , in partnership with the Government’s safety campaign Fire Kills. 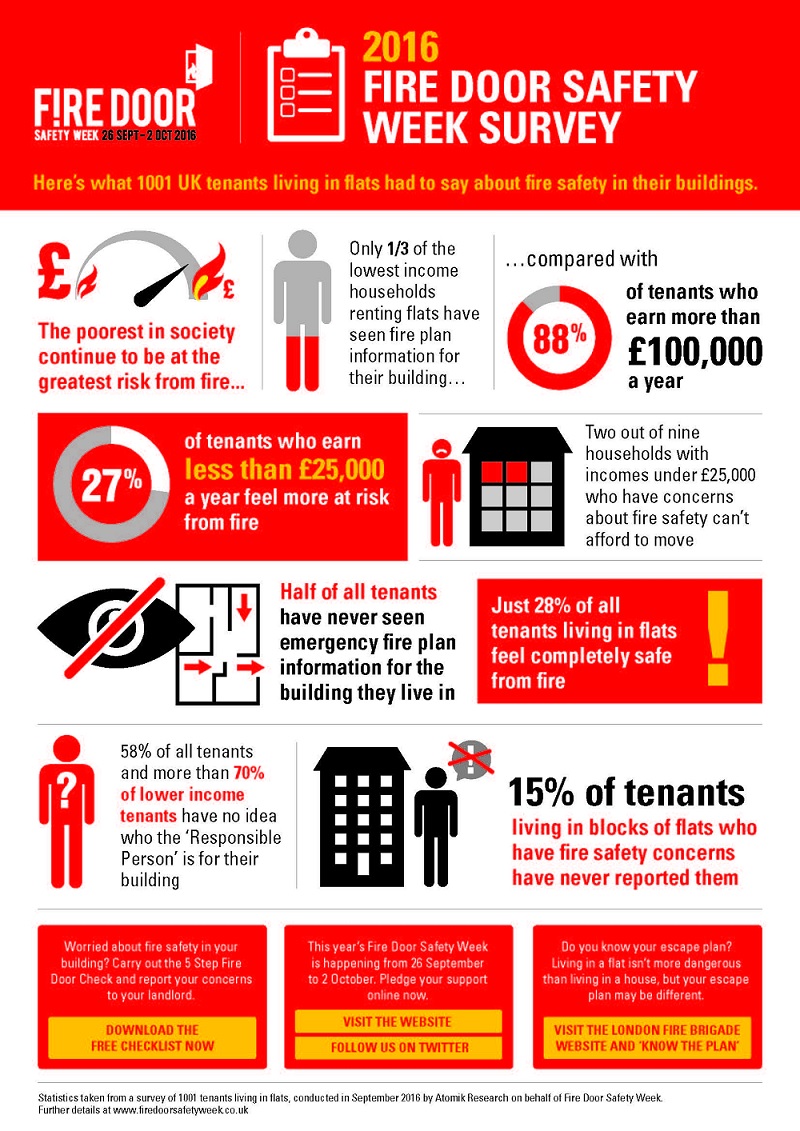 This year the focus was firmly on fire door safety and knowledge of residents in block of flats and shared accommodation. These are buildings which contain residents who would be difficult to evacuate quickly in a fire emergency and often have a ‘stay put’ fire plan, and where the role of fire doors and fire compartmentation are important in providing safe refuge for residents, holding back deadly fire smoke and toxic fumes until the fire can be bought under control.

Research by the 2016 Fire Door Safety Week campaign revealed that just a third of the lowest income households renting flats say they have been given information on the emergency fire plan for the building where they live, compared to 88% of tenants on incomes over £100,000 a year. Two out of every nine lower income households living in rented flats who have concerns over fire safety said they were unable to move because they can’t afford to.

The research also showed that more than half of all tenants, and over 70% of lower income tenants, have no idea who the ‘Responsible Person’ is for the building where they live – the person to whom they should usually report their fire safety concerns. Worryingly, 15% of all tenants living in blocks of flats who have got fire safety concerns have never reported those concerns to anyone at all.

This year’s Fire Door Safety Week campaign achieved the active involvement of 174 organisations, including housing and construction companies, fire and rescue services, and a wide range of businesses involved in the fire door supply chain.

Highlights from some of the events and activities during the campaign included:

These interviews included input from a broader range of spokespeople than in previous years, including from London Fire Brigade, Peter Holland and householders who were themselves directly affected by fire door problems. This broadcast coverage reached an estimated 4.6 million listeners and viewers.

As always, Fire Door Safety Week was huge on social media, reaching another 2.1 million via 1,896 mentions and retweets on Twitter and a very successful ‘Thunderclap’ campaign across Twitter and Facebook, reaching just short of half a million people by this action alone.

The Fire Door Safety Week website attracted more than 5,000 visits including thousands of views for the toolkit which provides free promotional resources for others to use during the campaign.

The dates for next year’s campaign have been set for Monday 25 September to Sunday 1 October 2017.

“We are delighted with the reach of the campaign. There was a real buzz, and by the time we factor in the reach achieved by our supporters’ own communications and other organisations’ newsletters, we are confident we will have reached well over the 10 million mark by the end of the year.

“This year we wanted to look at fire safety in flats as well as buildings where there is a lot of shared accommodation, like homes in multiple occupation. These are often homes for the people with the fewest choices about where they live and the least opportunity to move.

“What we found is that there are massive fire door safety issues still remaining in buildings where we house some of our most vulnerable residents and where it is difficult to evacuate people quickly.

“Our research shows that the poorest in society continue to be at greatest risk from fire, and everything we see and hear about on a daily basis amounts to what can only be described as a widespread dereliction of duty by those responsible for fire safety.

“Fire door safety is not just about one week a year. This is why we are encouraging a proactive approach to embedding fire safety awareness into all areas, launching a year of fire door safety in 2017. We will be doing more to draw attention to fire door safety throughout the whole year, as well as seeking to promote and celebrate those building owners, organisations and landlords who genuinely take their legal and moral duties seriously.”